Few social media platforms get the same reactions as Facebook.

Whether it’s love or hate, everyone has an opinion about it.

And some can get really vocal about the platform.

With its constant rule change (algorithm), strategies that work today may have no effect tomorrow.

And because those changes happen frequently, the levels of frustration go high.

Sometimes, it reaches a point in which sites like Copyblogger go to the extreme of deleting their account altogether.

But as interesting as their decision was the commotion it caused.

Why did so many call it CP’s worst move? 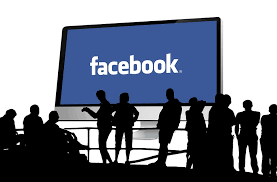 The truth is that Facebook is still there. It attracts millions of visitors daily, generating leads. It is fact that the constant change in strategy doesn’t necessarily make life easier. Yet, it isn’t dead. And with Google Plus being slightly put aside, Facebook remains as a reference to traffic generation and business.

The latest moves from Facebook give more power to qualitative engagement.

One example was the clearing of the inactive “likes”. The intention was to give “businesses up-to-date insights on the people who actively follow their Page“. What’s the use of having thousands of followers when only a fraction of them still use the platform?

Recently, users gained more control of their news feeds. Even though one may like a page, they may not be interested in every single post from it. For such cases, users can easily unfollow pages, filtering what they see.

But how to work around all these rules to have your content seen? And what do you need to share to get people engaged? Here’s 7 ways you can do that:

Facebook isn’t visual on the same way Pinterest neither Instagram (which FB owns, by the way) are. Still, users want to see images that are pleasing to the eyes.

Shorter posts get most of the interaction. So you want to compensate the lack of words with powerful images. You should consider these 3 elements:

Whatever your niche is, your Facebook feed has to be in line with your overall visual content. It must be an extension of what you share on your blog and website rather than bits and pieces of everything you like on the Internet.

Use images to reinforce your brand’s message.

Not taking oneself too serious is a rule that also applies to Facebook. Whether through your images or content you share, make room for fun. It can be done by:

Have also in mind that a smiley in your post can increase Likes by 57 percent, comments by 33 percent, and shares by 33 percent over posts without them.

And don’t forget to include quotes. Whether humorous, inspiring or motivational, they are always engaging.

Besides your website and products, your audience has other interests. Some of them might be connected to the message you’re trying to convey. Instead of ignoring them, let them work for you, including your competitors.

Your goal is to use Facebook to generate leads to your website or business. While it might be tempting to make room only for your own content, you want to bring extra value to your audience.

What are other topics that interest your followers? What places do they go? What TV programs do they watch? What music genre do they listen? “Sell” the whole package on Facebook to create more opportunities for engagement.

There are various content sharing recipes you can test to find out what works best with your audience.

CTAs aren’t only for blog posts. They should be used consistently in all social media platforms as well. After sharing a message, you want to prompt your reader’s next step.

Choose from some of the best practices to follow when writing calls-to-action, but remember that Facebook has its own rules.

Your audience is willing to interact with you, but you have to guide them. Calls-to-action are one way to trigger specific reactions, but they’re not the only ones. Another way is by asking the right questions. Question posts get 100% more comments.

Before launching a new product or starting a new series of posts, ask your followers what they would like to learn from you. You can also invite your followers to another website, (landing) page or a giveaway in addition to your CTA.

While Twitter’s post frequency is high to keep up with the demand, Facebook’s much lower. With 1 or 2 posts a day you will get much more engagement than posting 3 or more times a day.

There’s some controversy between the best hours of the day to post. For example, Kissmetrics suggests midday and 7PM, while Jeff Bullas recommends “non-busy” hours between 8PM and 7AM. This can be solved with A/B tests to understand the reaction of your audience.

There are still those who struggle with the idea of investing on the Internet. But if you want to seriously invest in your (personal) brand, you need to be willing to spend some money on it.

The best part about Facebook ads is that you can narrow down your audience. Instead of just sharing it with the world, you can target people who it:

And that’s to name only a few of the options available.

You can use ads to boost one post for a relatively small amount. However, this kind of promotion only helps to get your content in front of more people. If it’s not engaging, people will see it, but won’t take the bite. In such cases, the investment becomes wasted money.

Engagement removes the luck factor out of the equation.

If the content you are sharing is of quality, relevant to your audience and has a purpose, it’ll do the trick.

All it takes is making the right adjustments to take control of your content and make a difference.

An IT professional, social media manager and freelance writer, Debbie Rodrigues is the creative mind behind Debbie in Shape. She is an avid blogger who helps individuals in their personal growth by showing them tools to improve their health, well-being and productivity. Debbie is a certified Personal Trainer and a fan of Crossfit, but the geek side is strong in her. Join Debbie’s monthly newsletter for exclusive updates.