Imagine being able to tune into a presidential candidate’s immediate reaction to the results of the election. You could also watch an influential reporter provide up to the minute feedback on important issues across the globe.

The idea is that receiving information in real time can have a lasting emotional effect on an individual, and it is finally time to tap into that impact.

It was only a matter of time before the trend of live-streaming would assimilate itself into our lives with the Borg-like determination of social media as we know it; resistance was futile.

Each app allows users to live-stream anything they want from anywhere they want. Well known users of these apps include Katy Perry, Ashton Kutcher, Taylor Swift, and Jared Leto, to name a few. Topics to stream include everything from everyday life, to award shows, to concerts, and important announcements.

Meerkat and Periscope aren’t just for the well known among us, but also include influential bloggers and everyday individuals with something to share. These apps take social media to the next level, allowing viewers to experience a taste of another person’s life in a way that was previously unthought of.

As interest in live-streaming continues to expand, the elephant in the room must be addressed: Which live-streaming tool is better? Meerkat or Periscope? 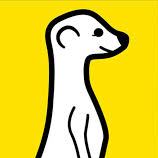 Launched in of late February 2015, Meerkat was the original live-streaming service.

Meerkaters can view live streams, or broadcast their own live streams to their followers. Launched in coordination with popular music festival SXSW (South by Southwest), Meerkat gained significant attention, with over 30,000 broadcasts viewed within the first week.

Originally launched for iOS, Meerkat soon developed an Android friendly app. Meerkat experienced a bit of pushback immediately out of the gate, as Twitter decided to limit Meerkat’s integration with the popular social media site. Twitter had recently acquired Periscope, and instituted a few limitations to Meerkat’s ability to fully integrate with Twitter.

Though the pushback seemed like a finishing blow to the streaming service, Meerkat continues to thrive in the live-streaming field of social media. For example, Meerkat now allows users to stream their content directly to Facebook, which is not yet offered by Periscope.

One significant difference between Meerkat and Periscope is that once a broadcast has been streamed through Meerkat it cannot be re-streamed. This concept is similar to the “view it and lose it” style of Snapchat, in which users can only view a message between 1-10 seconds, after which the message is permanently deleted.

While some might find this inconvenient when it comes to watching their favorite Meerkaters whenever they want, others enjoy the privacy that this option offers when it comes to cyber security; regardless that the ideas of privacy and livestreaming are basically polar opposites.

Acquired by Twitter in March 2015, Periscope offers essentially the same service as Meerkat. The main differences being that Periscope is owned by Twitter, and that broadcasts are available to view up to 24-hours after the original live-streamed broadcast.

Seamless Twitter integration is a noteworthy bonus for individuals looking to reach potentially greater numbers of individuals. Periscope users are tied directly to influencers on Twitter, which means that the market is already significantly larger than that of an app that doesn’t have the social media Goliath’s full backing.

As mentioned before, Periscope also offers the option to view broadcasts up to 24-hours after the original live-streamed broadcast. The fact that you don’t have to drop everything you’re doing to catch an anticipated broadcast is an attractive feature.

Catching the live broadcast will allow you to chat with other viewers, engaging in the social aspect of this software. But being able to watch the rerun has it’s benefits too; as in your boss won’t fire you for postponing those account reports in order to catch T-Swift’s upcoming stream.

What does it all mean?

If you’ve gained one thing from this article thus far, it should be that video is the next big thing for the internet. Live-streaming is taking the world by storm in a way that prerecorded broadcasts never could. If you’re not tapping into this market, you need to be.

Video streaming means connecting with your audience in a more meaningful way than static advertisements such as print or electronic images or messages.

Video gives brands big and small a personalized feel, allowing audiences to feel that the brand is relatable and accessible. Live-streaming takes this one step further, tapping into the everyday lives of everyday people who are doing everyday things.

Not to throw Meerkat under the bus, but Periscope has grabbed the live-streaming market by the horns.

The fact that it has Twitter’s unconditional backing is a huge step in the right direction when it comes to monopolizing this emerging market. Twitter did to Periscope what Facebook did for Instagram. Just as Instagram is the go-to app for photo sharing, it’s not a stretch to say that Periscope will be soon be identified as the go-to app for live-streaming.

With regard to customer satisfaction, Periscope openly discusses user issues on their website, whereas Meerkat has not integrated this option into it’s own website. This focus on user satisfaction speaks volumes to users and nonusers alike that Periscope is dedicated to creating the most user-friendly live-streaming app on the market; also known as the only live-streaming app on the market.

It should be noted that Meerkat recently gained $14 million in funding to stabilize the app’s relevance in the live-streaming market. It is still unclear how Meerkat intends to allocate these funds, but you can bet your bottom dollar that Meerkat will do everything it can to stay afloat in Periscope dominated waters.

The bottom line for marketers

At this point, it appears that Periscope is in the lead when it comes to live broadcasting benefits for marketers. However, the recent acquisition of additional funding to boost Meerkat’s presence could throw a rather large wrench into Periscope’s crusade to live-streaming world domination.

User preference is the ultimate decision maker in this live-streaming battle royale. If you want full Twitter integration and backing, go with Periscope. If you’d rather be able to stream your broadcasts through Facebook, then Meerkat is your option.

Ultimately, Periscope has a better hold on the market at this time. Not only does Periscope broadcast to more users on a daily basis, it continues to experience steady growth. When it comes to reaching more markets and engaging with a higher number of audiences, Periscope is the option.

What are your thoughts?

As a partner at NerdyGirl Writers, Megan Kubasch continuously delves into the ever evolving ball pit that is social media marketing and content curation. Owner of Megan K. Blogs and The Better Nerd Blog, Megan spends her days geeking out over the latest video game releases and occasionally gets something done around the house.